The 1959 Fender Stratocaster saw a lot of changes. It started the year with the maple neck and fretboard. But, by mid-1959 the maple neck and fretboard was changed to a maple neck with a glued on Brazilian rosewood fretboard and the now famous clay dot fretboard markers. I loved this change, as the sound of the Strat got darker because of the rosewood. Unfortunately, though, the back shape of the neck also got even thinner. But I guess you can’t have everything! Another change that came along was the pickguard. Instead of a single layer thin white ABS pickguard, it was now a laminated 3-layer celluloid/nitrocellulose pickguard, which turns a mint green color. When new these pickguards had a sort of grey look to them. Over time when exposed to UV it begins to look mint green. I really like the look of it though. However, the celluloid material does have a problem with shrinkage, causing the pickguard to stretch and crack. Finally, the red dye used in the 3-tone sunburst was not very robust, causing the red to often fade. So, you’ll see quite a bit of the 59 Strats that look like a two-tone sunburst because of the fading red.

As with anything Fender during this era, Leo Fender didn’t waste materials. So, there is a handful of “transition” 1959 Stratocasters. You’ll see ones that have the single ply pickguard with 10 screws instead of the previous year’s 8 screws. You’ll also come across Strats with the 3 ply pickguard but only 8 screws. Here are some samples of transition Stratocasters from 1959. 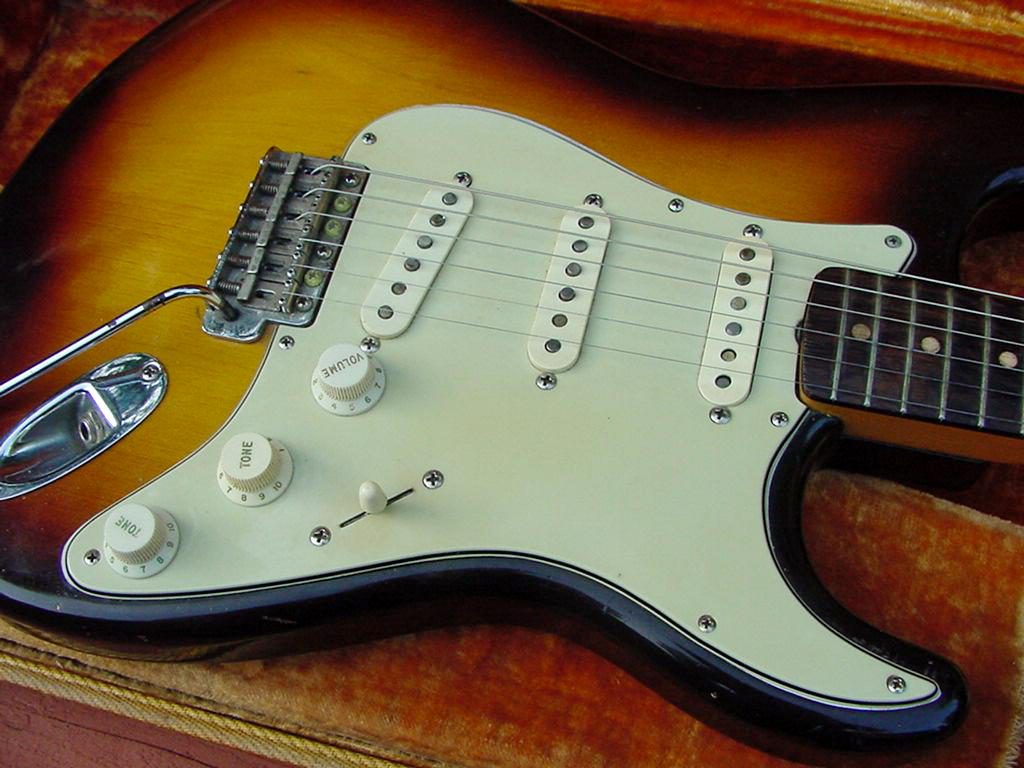 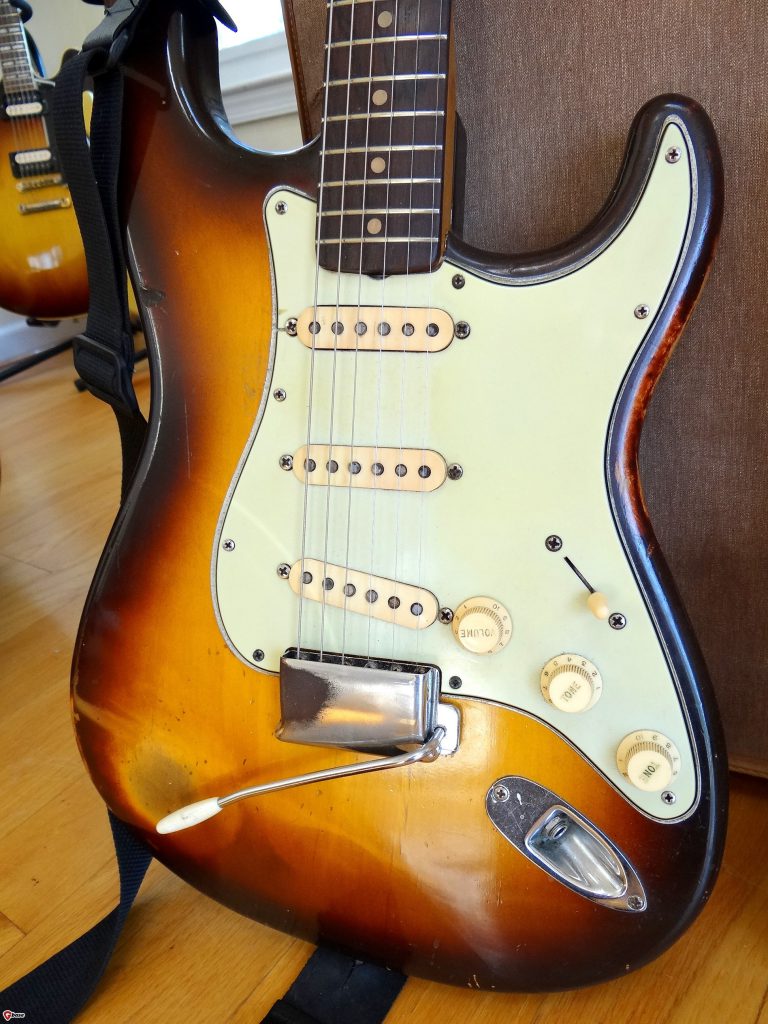 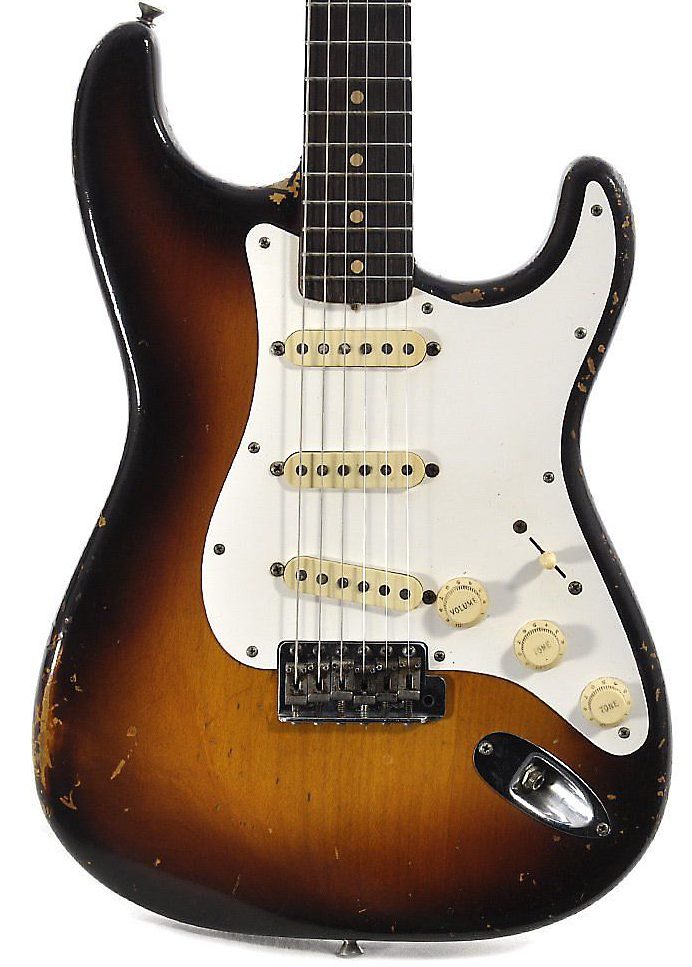 1959 Stratocaster with 11 hole/screw pickguard (First is a single ply. Then, it’s followed by a 3 ply) 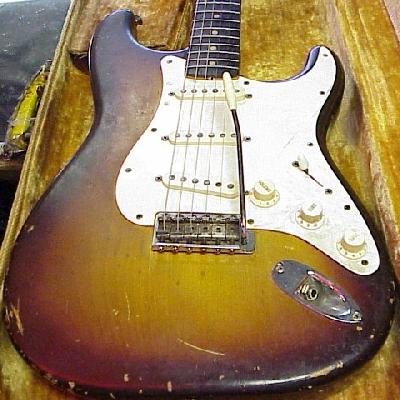 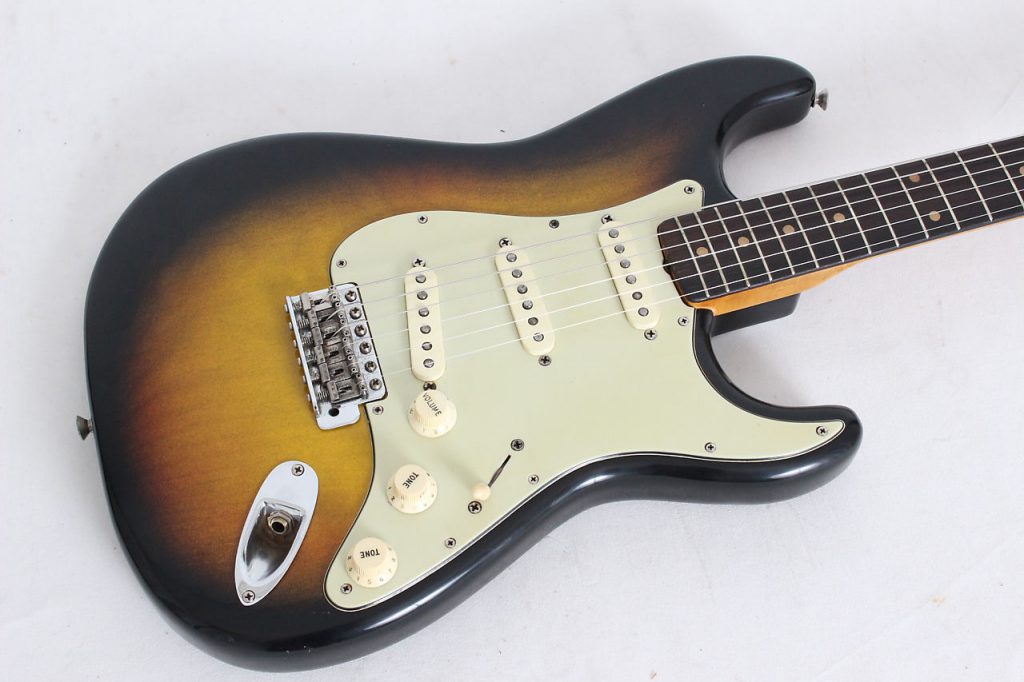 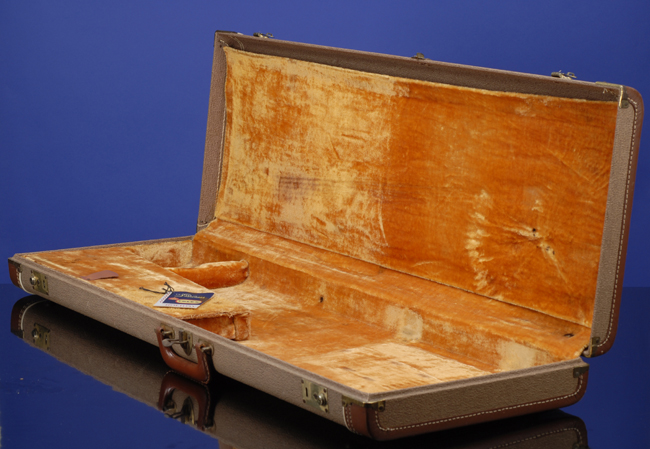