The 1960 Fender Stratocaster is considered a wonderful year for the Stratocaster. Not much changed from 1959 to 1960 but the guitar did become slightly more refined in the changes that took place over the 1959 year models. The 1960 Stratocaster is also featured quite often in Fender Custom Shop builds.

Below is a beautiful custom color (Olympic White) example of an all original 1960 Fender Stratocaster being sold on Reverb. Click on the image to purchase the guitar.

The 1960 Fender Stratocaster featured a neck made of hard rock maple with a Brazilian Rosewood slab fretboard. The back of the neck continued to be a very thin C profile shape. The biggest change for 1960 was one that basically went unnoticed. At the beginning of 1960, Fender switched from North Wound Pickups to South Wound Pickups. There is no real difference in Tone. That’s why no one really noticed. North wound vs south wound pickups just relates to the position and polarity of the magnets used. Also, getting into the 60s Fender because to wind the pickups to be hotter as well.

Fender continued with the 3-tone sunburst finish as standard for the Stratocaster. However, the red they used lost pigment went exposed to UV rays or sunlight. So, many of the original finish sunburst 1960 Strats look like the classic 2-tone sunburst of the 50s. You can see below that the Stratocaster shown still has some of the red in the sunburst. 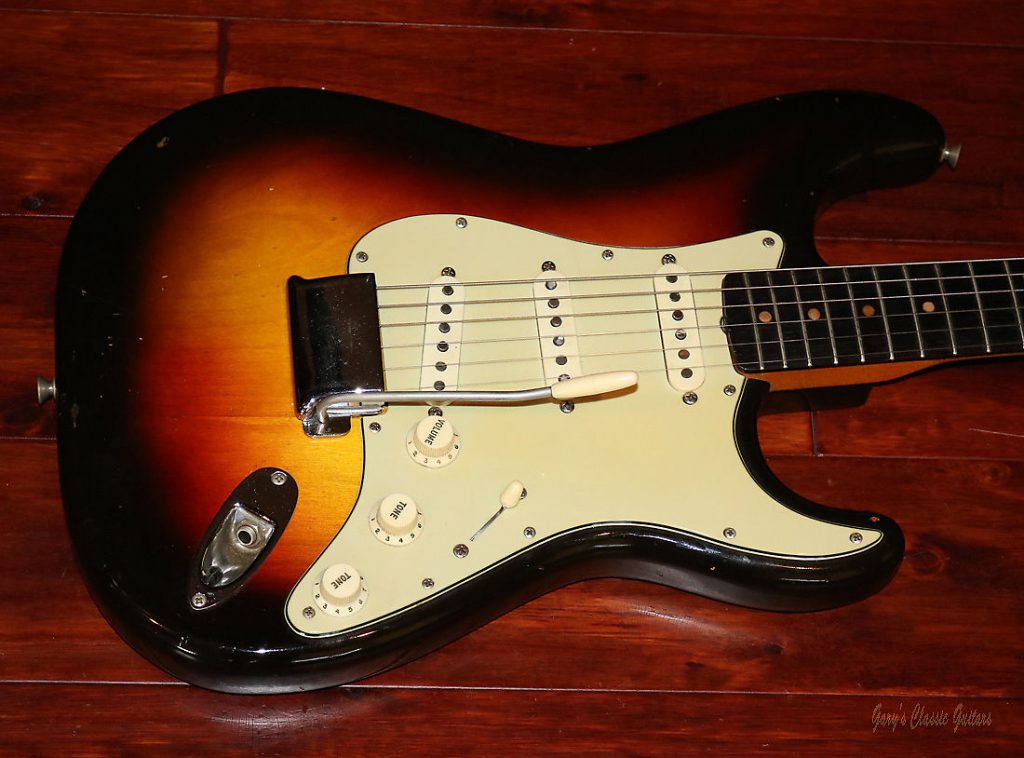 Now if you look at the image below you will see that the red dye has faded. 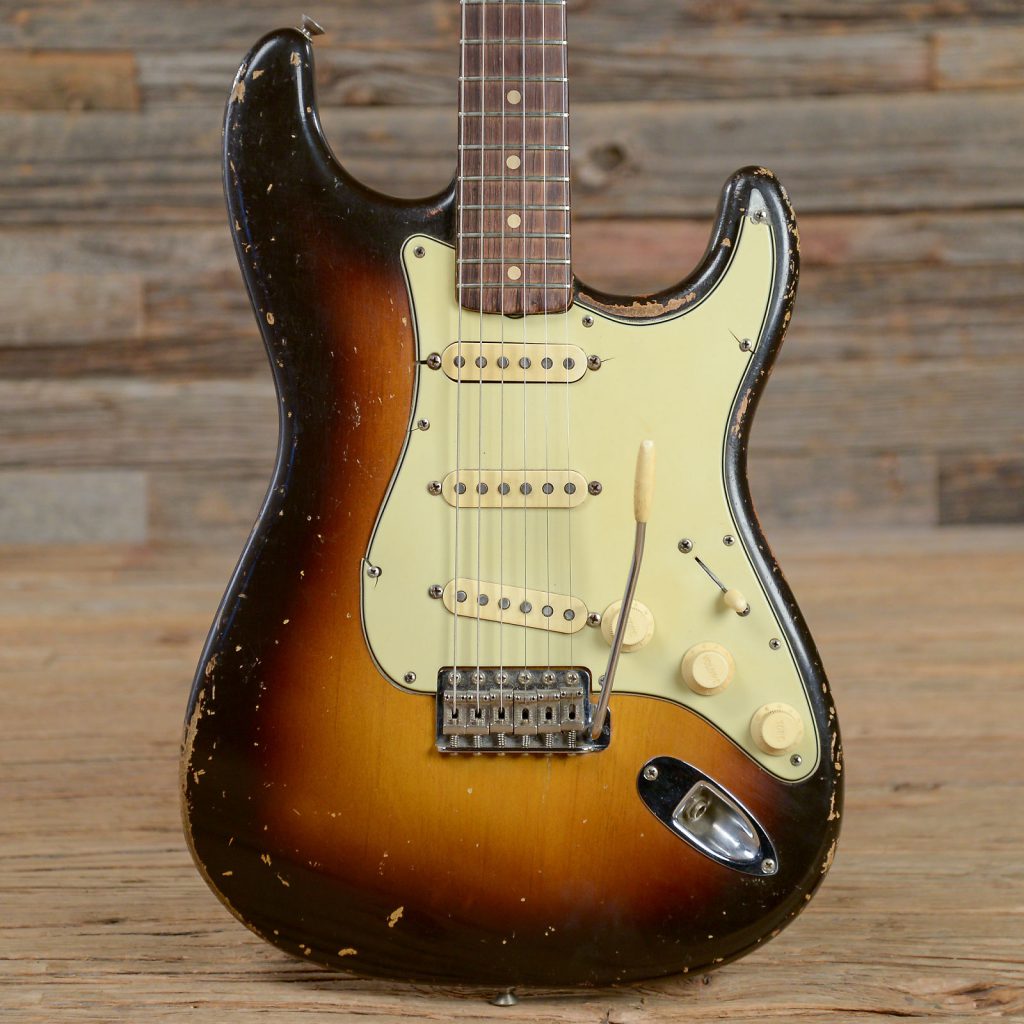 The serial numbers for the 1960 Fender Stratocaster generally fall within the 40,000 – 58,000 range stamped onto the neck plate.