The 1965 Fender Stratocaster saw a number of changes and not really any of them being necessarily an improvement. The finishing procedure also changed for the Stratocaster at about the same time, allowing Fender to use body wood of lesser visual quality (and also making the sunburst finish look less appealing). As we mentioned on the 1964 Stratocaster page the late 1964/early 1965 brought a change in pick guard material from the mint-green celluloid to a very white ABS plastic already being used on the knobs and switch tip. You can see in the image below how white the plastics are. 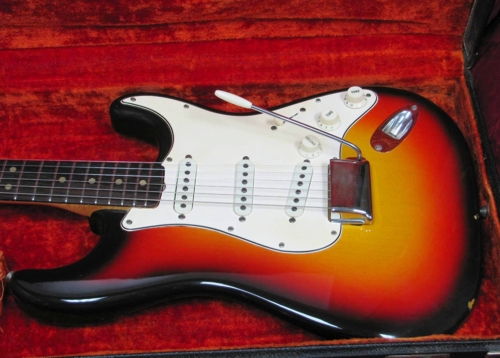 The goal at this point was to start moving toward an assembly line type flow. By December of 1965, the neck plate also changed. The last of the L series serial numbers stopped at L99999 and they began to use a plate that had a large F on the plate. The serial numbers on these plates began at 100000. 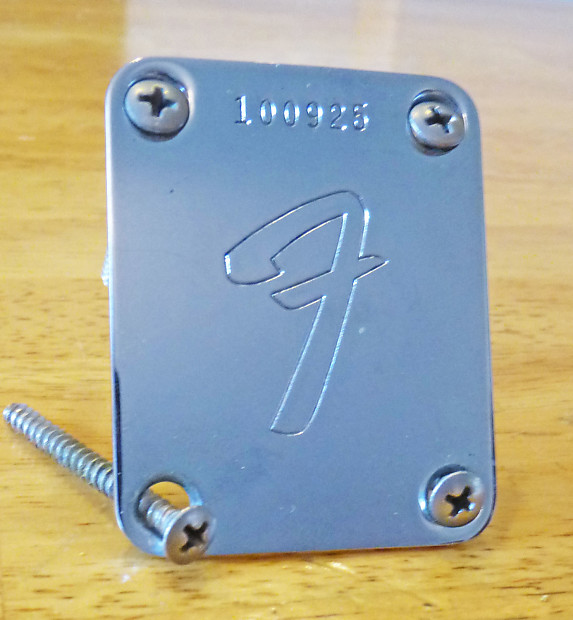 There was also a major change to the look of the guitar. The headstock was changed from the sleek and small headstock to a large headstock as seen below. The transition decal stayed the same for the next 3 years. The Kluson tuners also remained on the Stratocaster for the next couple of years as well. This headstock shape defined the CBS era of Fender. That large headstock shape remained in place until 1982 when Fender was sold again. One thing that most don’t realize is that the Leo Fender remained with Fender as a consultant until 1971. The 3 bolt neck joint was actually his invention. 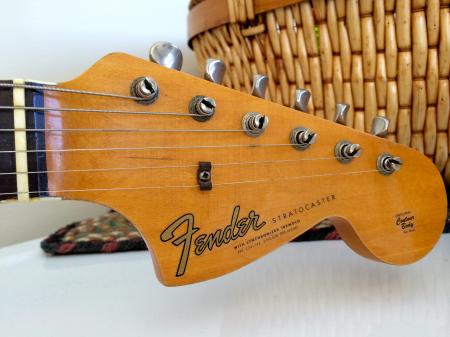