The 1962 Fender Stratocaster is pretty much my absolute favorite of the Pre-CBS era. I like the ones from January through June through the most. Why? Because of that fat neck with the nice thick shoulders on it and that beautiful slab Brazilian Rosewood fretboard. I’m going to have a full detailed look of my all original June 1962 Fender Stratocaster on here so get ready. 😉

The 1962 Fender Stratocaster saw quite a few changes. One that I’ve already mentioned is the change of the Brazilian Rosewood fretboard. Since mid-1959 Fender had been using a slab board Brazilian Rosewood fretboard. They decided the tone was too dark. So, in July 62 they began a process that thinned out the board underneath to a 7.25″ radius matching that of the fretboard top. This created a much thinner veneer fretboard as shown below on the right. 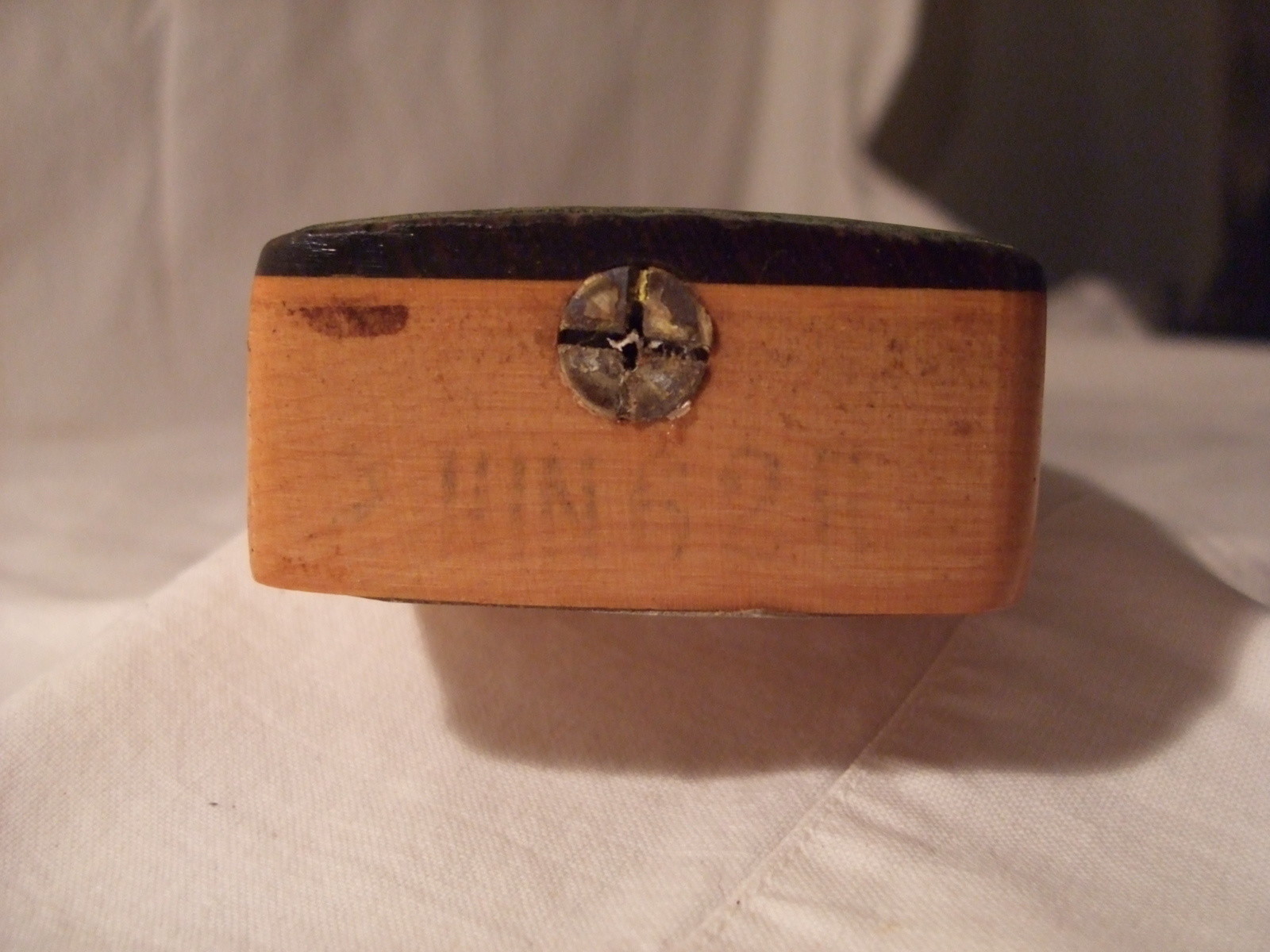 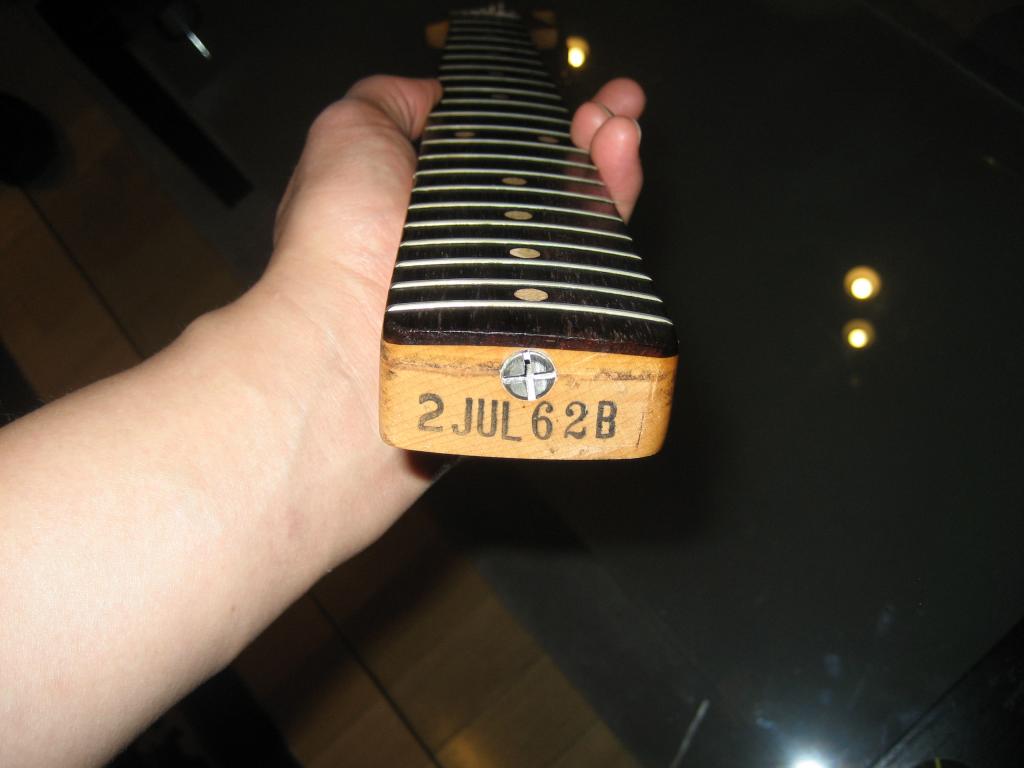 To the left above you’ll see my June 1962 Slab board neck and on the right is a July 1962 veneer board neck. I’ve seen it mentioned in places on the internet that they started this in August 1962. However, I’ve never personally seen a July 1962 slab board neck.

Another change that took place was the hand written build date on the neck butt. It would normally show up as 1-62 or something like that indicating the month and year the neck was made. However, now Fender switched over to a rubber stamp as seen above. The 2 in the number was the model of guitar. A 3 letter month was put on there.

In the case of the images above Jun for June and Jul for July followed by the year. In this case 62 for 1962. Then, the neck width. Most necks were a B width like the necks above which indicates a 1 5/8″ nut width. More rare necks include an A width which was for the 1 1/2″ nut width. There were also C width nuts which measured 1 3/4″ and a D width measured at 1 7/8″.

I’ve seen several A width necks. Most of the time the C width necks I’ve seen are on Jazzmasters and Jaguars. The D width necks are commonly used on the Precision basses, though. I’m not going to say a C or D width Strat neck doesn’t exist. But, I will say that I’ve never seen one. I have heard rumors of one or two that were custom ordered. If it’s stamped with a 4 it’s a Jazzmaster that had the headstock cut down to look like a Strat.

Another change that took place was to the finishing process. Previously, the guitars were put onto a sort of Lazy Susan with nail holes and sprayed that way. But, toward the fall Fender changed from that to using a piece of conduit with a flattened end screwed into the neck pocket. December 1962 is the earliest I’ve seen a guitar with the paint stick painting method.

If anyone has seen an earlier one that please let me know and get me some proof of it. To the left is an April 1962 and to the right is a December 1962 factory finish. The paint still will always be on the upper bout side of the neck pocket. 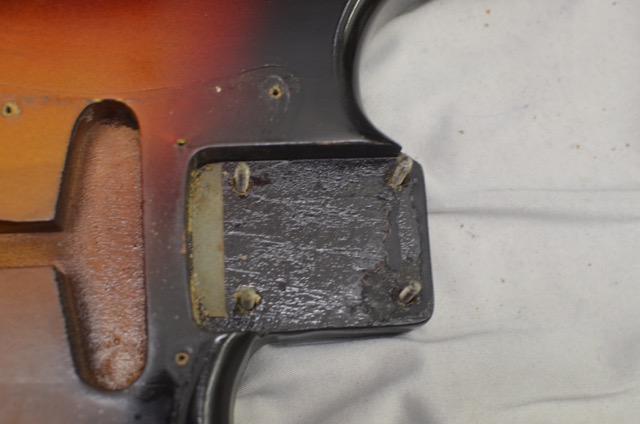 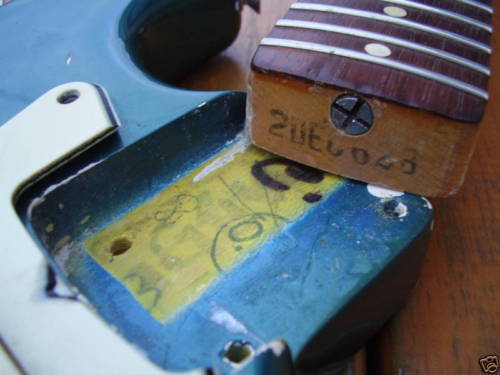 Fender has reissued this guitar since 1982 due to it being such an amazing guitar. The American Vintage Reissue 62 even has it’s own following.